"Watercolour painting is like playing a single beautiful instrument, Nick has tuned his instrument to express the beauty of nature to  a rare degree"

Originally from England, in 2000, he moved near Pézenas, in Southern France, where he has become established.

Born 1974, Nicholas Poullis has been a professional artist since leaving the University of East Anglia gaining a BA(Hons) illustration. He is a previous Baker Tilly Award winner at the Royal Watercolour Society, where he has often shown his work. He has exhibited in a number of the London Societies including the Royal Institute of Painters in Watercolours, the Royal Society of British Artists, the Sunday Times Watercolour competition and the Royal Birmingham Society of Artists.

Nicholas is well established in the Languedoc where he has previously been an Official Painter to the Office de Tourism Val d’Hérault (2016 & 2017) and has published several popular illustrated books on the region.

He has been a contributing author to the leading practical art magazine, The Artist, for over fifteen years. He has co-authored for Walter Foster and Winsor & Newton on various aspects of watercolour and working from life, which is his speciality.

He has won a number of awards while competing in the painting in the streets art competitions.

His exhibitions  are some of the most successful ever held by the Mirondela dels Arts, Pézenas, since its founding over fifty years ago and have attracted thousands of visitors.

In September 2014 Nicholas held a successful solo exhibition at the RAC in Pall Mall. Click on Nicholas Poullis at the Royal Automobile Club to see pictures.

Always painting on site has meant that he has travelled extensively throughout Europe while exploring subject matter. He produced work on the route and cyclists of the Tour de France and also on the theme of places of cultural significance across the United Kingdom, Spain, Italy and southern France. 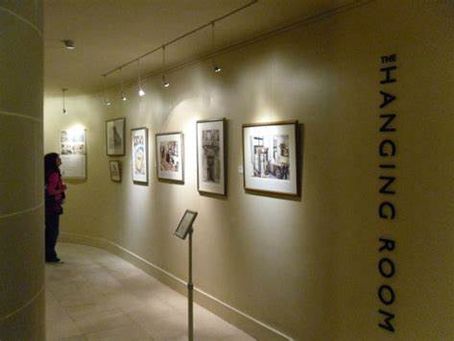 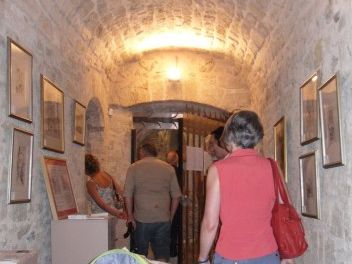 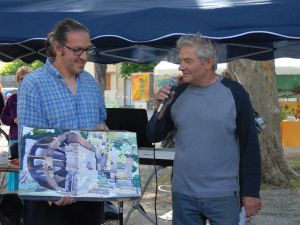